WWE DIVA RETIRES
By Mike Johnson on 2015-07-29 18:00:08
WWE announced this afternoon that former WWE Divas champion Layla El, who won the 2005 Diva Search competition to join the company, was retiring. In an interview with the WWE website, she noted that while she would miss performing, she had been traveling nine years for the company and felt it was time to move onto the next chapter of her life.

El had not been used regularly in recent months. She recently became engaged to former WWE star Ricky Ortiz.

It's too bad, I liked Layla. Maybe not the best in the ring, but she made a great heel. Also.... Ricky Ortiz? Really?
SBR

Also WWE sent me a push notification about this. So huge news. 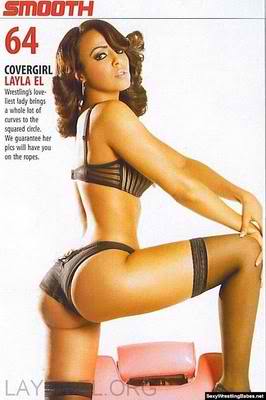 , she was probably #2 Diva for so long .. #1 being Vickie of course
Swarles