Wolves not getting deals?

Wolves not getting deals?

The Wrestling Observer Newsletter reports that Eddie Edwards and Davey Richards won't be back at the next set of WWE NXT tapings and they aren't going to be offered a contract.

Apparently Triple H didn't want to sign them after their tryout because of their size. The feeling is they are loaded with guys who aren't big that can go so the mentality coming out of these tryout camps is that WWE is looking for guys who can headline WrestleMania in five or ten years.

A lot of people went to bat for Richards and Edwards with the feeling they should get a deal and several people pushed for them to go straight to the main roster. It's said Triple H made the decision not to sign them after the NXT tapings where they lost to The Ascension.
WWF Attitude

If this is true, then what a joke.

Based on some of the talent they have in developmental, i.e. wrestlers who haven't established characters on NXT, you'll see it's filled with plenty of guys that will never even make it as regulars on NXT, let alone the main roster.

And while the likelihood of Richards or Edwards ever headlining a WrestleMania is highly unlikely, they certainly have plenty to offer WWE. With WWE's renewed focus on tag teams, they would be a perfect fit, given that they are a legitimate team rather than just two singles wrestlers randomly thrown together.

Speaking of headlining WM, even the current top stars on the main roster are having a difficult enough time to be taken seriously as WM headliners given WWE's recent preference for having part-time wrestlers in the top spots of the card. Even CM Punk hasn't been able to get top billing at a WM yet.
SBR

Here is the full thing from Dave:

. Eddie Edwards & Davey Richards won’t be back at the next NXT tapings and aren’t going to be offered a contract. The basic gist of the situation was that HHH didn’t want to sign them after the tryout camp because of their size. The feeling is they are loaded with guys who aren’t big who can go so the mentality is that they are looking for guys who can headline WrestleMania in five or ten years out of these camps. A lot of people went to bat for both of them, feeling they should get a deal and several pushed that they should go directly to the main roster. So HHH agreed to give them a several month tryout period. The problem with that at first is that WWE also didn’t want them on anyone else’s TV past the commitments they already had with ROH until the end of the year. But after the first taping, HHH made the decision not to sign them. There were stories out that it was because in the match with The Ascension, there was a spot where Richards landed on his head, which was an accident. Essentially, when they were working on their match, Viktor picked Richards up without dipping down first. So when they did the match at the tapings, Richards went up, and this time, Viktor dipped and the end result was Viktor lost him and he landed on his head. The ref told them to go home under orders from HHH in the back. They did, but not right away. I don’t know that had anything to do with the decision not to sign them because it would make little sense regarding Edwards who had nothing to do with the spot, and they were not there to be a team as WWE could have picked one and not the other. After seeing their tryout match, I’m at a loss because they are far better than almost everyone in NXT with the noted obvious exceptions like Sami Zayn and Adrian Neville. The other is that even in working as a jobber team, they got over bigger as far as building their match then just about everyone but Zayn has. I get the size and look issues, but to me the litmus test is do they connect and get over with the fans, and there wasn’t even a question about it. I do recognize the issues with Richards but being dropped on his head wasn’t his fault and Edwards isn’t Richards and hasn’t had any issues with any promotions he’s worked for that I’m aware of. On 1/1, Richards, when talking about things he did in the past year, said that he signed a new wrestling contract. He didn’t specify with who.
_________________

This speaks to a fundamental frustration I have with the WWEs current product. On one hand I am more interested than I have been in years because of the talent on the roster, the onset of NXT, and their newfound willingness to give some of these indy darlings a shot. On the other I am profoundly disappointed in the writing and the E's resistance to committing to these guys. It seems to me like the E, like a lot of the business right now, is playing it safe. I know it has a lot to do with tv contracts coming up and what not, but the the booking team keeps taking 1 step forward and at least one step back, and think them not even giving the Wolves a shot on NXT is part of that pattern.
_________________
"Briscoe brothers, you damn dirty chicken farmers, we ain't done with you all by a long shot. West Virginia style son" - Necro Butcher
Swarles

The feeling is they are loaded with guys who aren’t big who can go so the mentality is that they are looking for guys who can headline WrestleMania in five or ten years out of these camps. 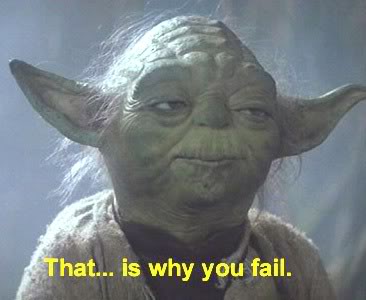