Very unfortunate that Shelton won't be coming back due to his torn rotator cuff.

Hopefully, there's still interest from WWE in signing him again when he heals from the injury, because it would be a shame if that's it for him as far as returning to WWE is concerned.
Ben_Ditch05 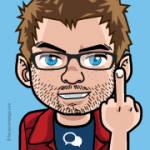 I'm pretty sure he's still under contract, the injury was discovered during WWE's medical tests and they're helping pay for the surgery and recovery. I doubt this will have any impact on his return unless the surgery goes wrong and he has to retire.
Spudz In addition to 19 men, the camp will welcome 19 women and one female referee — the largest number of female prospects to ever attend a WWE tryout.

“The fact that this is the most women ever at a single tryout reflects the rise of the Women’s divisions in NXT and WWE,” said Canyon Ceman, WWE’s Vice President of Talent Development. “This tryout includes women from all over North America, and more female athletes have been invited to a European tryout in November and an Australian tryout in December.”

Baszler, who is nicknamed “The Queen of Spades,” previously fought in the UFC and is a member of MMA’s “Four Horsewomen” stable alongside Rousey. She also trained under former UFC fighter and New Japan wrestler Josh Barnett as well as catch-wrestling legend Billy Robinson, and has competed on the American independent wrestling scene for the past year.


Among the male prospects attending the camp are “War King” (Eddie) Kingston, a 14-year veteran who has brawled against the likes of Kevin Owens, Dean Ambrose and Samoa Joe before they joined WWE; 6-foot-6, 300-pound Cedric Rougeau, the 23-year-old son of former WWE Superstar Jacques Rougeau; “Samoan Werewolf” Jacob Fatu, a member of the Anoa’i wrestling dynasty and son of The Tonga Kid; and Jeff Parker & Matt Lee, a Canadian tag team that faced The Revival on NXT TV in April.

I want Kingston to get signed because I have enjoyed his work throughout his career, but him doing scripted WWE promos might be brutal.

SBR wrote:Am I crazy or do I not see Kingston in that picture

He's not .. I counted 35 in the picture, so there a few others not in in the group shot either but the .com article does have a picture of him there alone.
JustSkiff

Swarles wrote:I want Kingston to get signed because I have enjoyed his work throughout his career, but him doing scripted WWE promos might be brutal.

EDIT: also the female ref is apparently the one from big japan, which is crazy.

How pissed do you think Hero would be if Kingston makes it.
Swarles

Tom Budgen, Damian Mackle and Sarah Bridges — known around the world as Tommy End, Big Damo and “Crazy” Mary Dobson, respectively — are among the newest signees to WWE developmental contracts. Their official start in Orlando comes after months of speculation that all three were on their way to WWE and NXT.

According to pwinsider, RD Evans aka Archibald Peck been working on the WWE creative team for some time now.
Swarles

So we can blaem Jimmy Jacobs and Archibald Peck for how bad RAW is... http://www.wwe.com/shows/wwenxt/article/wwe-performance-center-welcomes-new-class-recruits-october-2016
WWE has announced that a new class of nine recruits, including a former NFL player, collegiate wrestler, U.S. Army veteran and talent from independent wrestling circuits, has begun training at the WWE Performance Center in Orlando, Florida.

“WWE is constantly scouting the world for the most talented athletes and entertainers,” said Paul “Triple H” Levesque, WWE Executive Vice President, Talent, Live Events & Creative. “This new class will have every opportunity to fulfill their dreams of becoming a WWE Superstar, as they train out of the WWE Performance Center in Orlando.”

Theophilus Agbi (Brooklyn, New York) – At 6-foot-5 and 270 pounds, Agbi attended Amherst College where he wrestled and was named to the NCWA All-American team in 2013 and 2015. Agbi graduated from Amherst College with a Bachelor of Arts degree, majoring in French, as well as Law, Jurisprudence and Social Thought (LJST).

Sarah Bridges (Sellersburg, Indiana) – Also known as “Crazy” Mary Dobson, Bridges trained out of the Kaientai Dojo in Japan. With four years of wrestling experience, Bridges has worked for Insane Championship Wrestling (ICW) in Scotland, HXC Wrestling in England, westside Extreme Wrestling (wXw) in Germany, and multiple companies in Japan. She was named to “Pro Wrestling Illustrated’s” top 50 list of female wrestlers in 2014 and 2015.

Demitrius Bronson (Gilbert, Arizona) – Standing 5-foot-11 and weighing 215 pounds, Bronson played running back for the Seattle Seahawks and Miami Dolphins. Prior to his NFL experience, he attended Eastern Washington University where he played football and earned a Bachelor of Arts degree in Sociology.

Taynara Melo de Carvalho (Rio de Janeiro) – At 5-foot-6 and 125 pounds, Carvalho has a black belt in Judo and participated in the 2016 Olympic trials in Rio de Janeiro. She is fluent in Portuguese.

Victoria Gonzalez (Harlingen, Texas) – Standing 6 feet and weighing 175 pounds, Gonzalez trained out of the Gulf Coast Wrestling Alliance (GCWA) in Corpus Christi, Texas. Her father, Ricky Gonzalez, worked with WWE Hall of Famer Shawn Michaels at the Texas Wrestling Academy (TWA) and made appearances for a variety of independent wrestling circuits. She is fluent in Spanish.

Chris Lindsey (Tampa, Florida) – Also known as Roderick Strong, Lindsey has trained with WWE Legend Jim “The Anvil” Neidhart and has more than 13 years of experience on the independent wrestling circuits with Ring of Honor (ROH), New Japan Pro Wrestling (NJPW), TNA, Dragon Gate, Pro Wrestling Guerilla (PWG) and EVOLVE. Strong has held multiple titles throughout his career including the world and tag team championships for ROH and PWG.

The new class will join a group of more than 65 men and women training out of the WWE Performance Center.
Spudz

according to the latest newsletter written by Meltz..
Io Shirai and Kairi Hojo have gotten offers to start in WWE in 2017 in the last week or two. Both told Stardom management about it this week. Shirai said she was going,

Hojo hasn't made a final decision and there is some question if she can pass the physical because she’s had two major concussions in the last two years. Stardom officials believe Shirai is gone for sure, but they are working to keep Hojo.
2kNikk

DAVE wrote:Jack Swagger has requested his release from WWE.

In an appearance on "Beyond the Fight" with Chael Sonnen on Wednesday, Swagger announced the news and said that his decision to leave the company was made because of a lack of opportunities in WWE and the sides being so far apart in contract negotiations.

"As of yesterday, Chael, I asked for my release from WWE," Swagger said. "It's still kind of an ongoing process right now. Basically, it came down to contract negotiations and we were way off. They didn't value me at what I thought I was valued at. So, you can be angry about it because wrestling is something that you get so passionate about, but this was a business decision. They weren't giving me the opportunity to make the full amount of income I could for my family, so when you put it like that it's time to go."

Swagger said that the start-and-stop nature of his booking was frustrating, but noted that it's something that happens all of the time and that there are two people in a room in WWE who determine who the best wrestlers are even though the crowd may like others more.

When asked what his plans are going forward, Swagger noted that he's young and is leaving because he wasn't getting opportunities. He said that he intends to keep wrestling and wants to go to Mexico, the UK, and Japan, but it would be hard to turn down a good offer to try out mixed martial arts.

Prior to requesting his release, Swagger had been relegated to only making appearances on house shows. He switched brands and joined the SmackDown roster after being drafted to Raw in last July's WWE draft, but hasn't appeared on TV in months following a brief feud with Baron Corbin.

Swagger as a free agent should be interesting. If he has passion for the business (which i don't know if he does) I could see him becoming a new drew galloway on the indies.